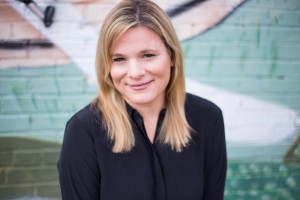 Michelle Staubach Grimes was born in Pensacola, Florida in 1968 and moved to Dallas in 1969. After graduating from Ursuline Academy High School in 1986, she moved to Washington D.C. in and received her B.A. in History (1990) and J.D. (1994). She returned to Dallas in 1994, practiced law a couple of years, and worked a year in sports marketing.

Michelle married John Grimes in 1997 and became a stay at home mom with the birth of her first child, Jeffrey, who is now eighteen. Two daughters followed, Gracie (fifteen years old) and Emma (thirteen years old). She began journaling years ago regularly and enrolled in the SMU Creative Writing Continuing Ed Program in 2012 to hone her writing skills with a plan to write a short non-fiction book. She fell in love with creative writing and studied “story” through the SMU program and drafted a women’s fiction novel. On the side, she began writing Where is Pidge?, which she debuted in March of 2015. Michelle is thrilled to now be releasing her second book, Pidge Takes the Stage. She lives in Dallas, Texas with her husband, three children and two dogs. 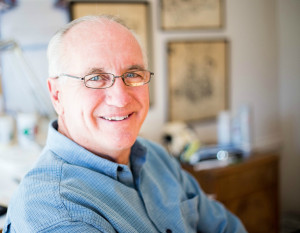 Bill DeOre’s career spanned thirty-four years as artist, art director, and, most notably, editorial and sports cartoonist for The Dallas Morning News. His cartoon work was nationally syndicated. Bill in an old school illustrator – he uses pen, pencil and watercolor. He doesn’t work on the computer.

Bill was raised in Dallas, Texas and attended Jesuit High School. He received his Bachelors of Advertising Art and Design from Texas Tech. He was a member of the American Association of Editorial Cartoonists.

Today Bill works as a free-lance artist in Dallas, Texas. He has two grown sons.